Does gear make you a photographer?

I am very active on the photography forums on Facebook. Active enough to make observations. As the photo stream flows in my news feed, I often notice the conversation turn to the gear and to how the photo has been produced with more and more expensive gear. I also notice that when people at the early stages of their hobby ask questions about equipment, they receive recommendations on equipment that professionals use in their work, which naturally cost a lot. In this gear-centered hobbyist-group, the core of photography gets forgotten easily: what photography really is. Self-expression with any equipment available. The device doesn’t make the picture, you do. Of course there is a time and place for professional equipment, but it shouldn’t be the requirement or the intrinsic value for visual expression. Nor should the technical implementation be. The content and the feeling is what matters. 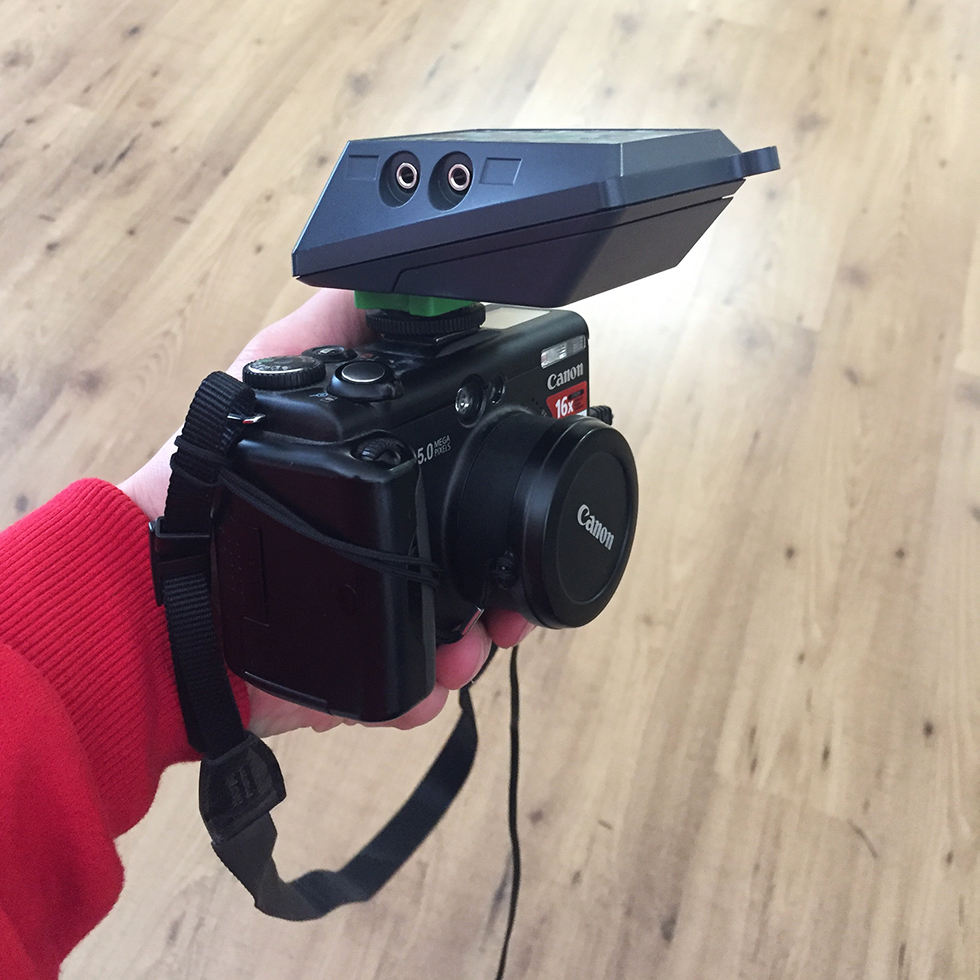 I’d like to show you what I mean by this: How you have put your effort in the photo itself, when the gear you are using doesn’t give you much leeway. I set up a test-shoot with my friend QLuisa. I chose to shoot with Canon Powershot G5, which was released in 2003. Amazing 5 megapixels and a dynamic range that is actually pretty ridiculous compared to the standards now. Though, at that time raw-photos and an almost SLR-type adjustability was a big deal! Digital cameras were just making their way to the public and this fifth G-series was released actually only a few years after the first.

As my studio flashes I used my trusted lights from Priolite, which I fired with their own radio trigger. I know that the lights are high-end, but I allege that you can produce the same light with e.g. three speed lights, or even with led-lights.

As my lightrefelctors I used three different kinds of grids.

You’ll have to really put your effort in the composition, because there’s no room for cropping, since the picture is 2590 pixels wide. Actually a really good way to practice your layouts is to take photos with a point and shoot camera, because you can’t crop the image afterwards. I allege that you’ll become a better photographer more quickly if you have to just accept the limitations of your camera and try to figure out how to take good photos with what you’ve got.

This is what we generated with Luisa at my studio with an old and a kind of crappy camera: 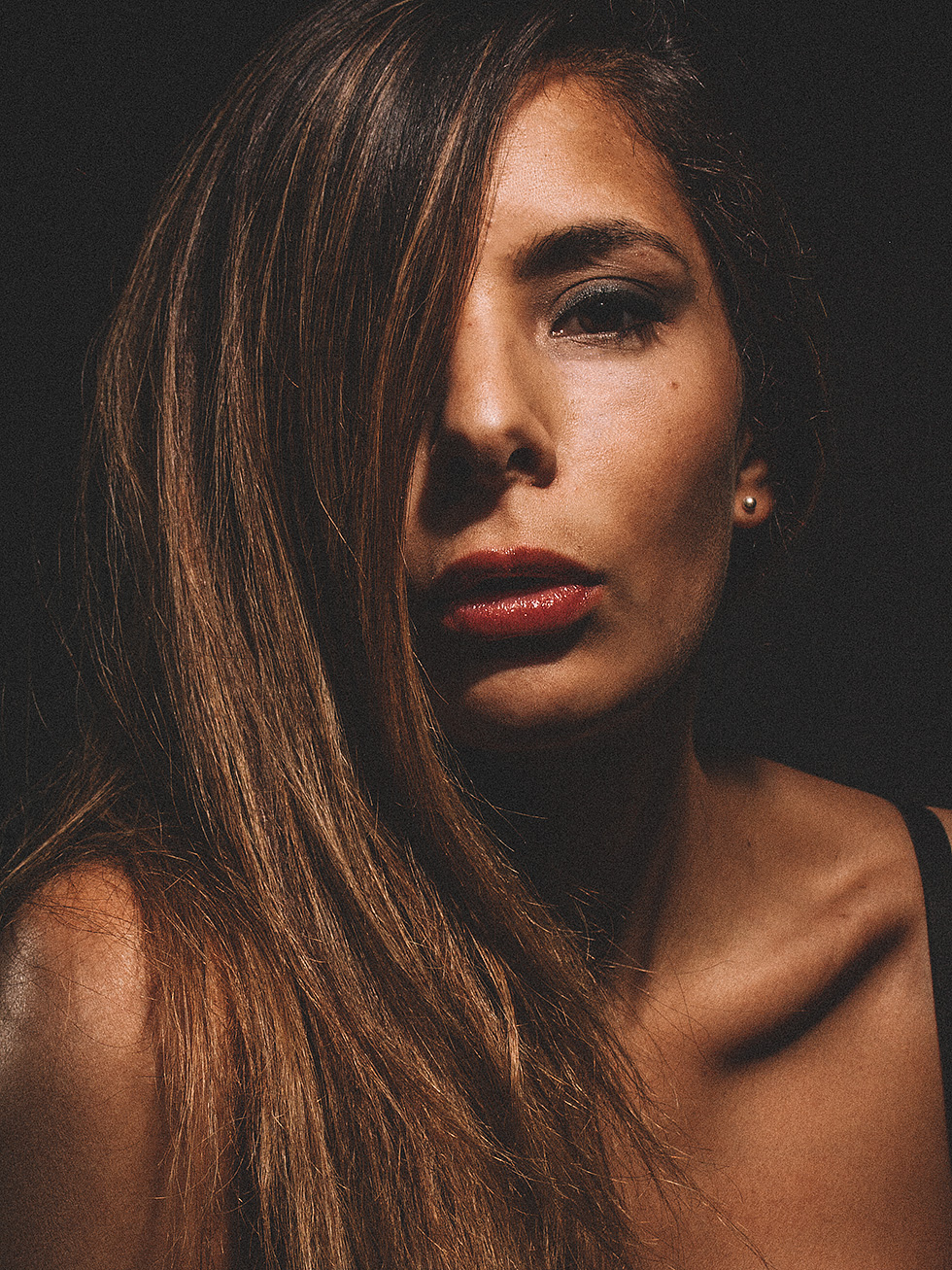 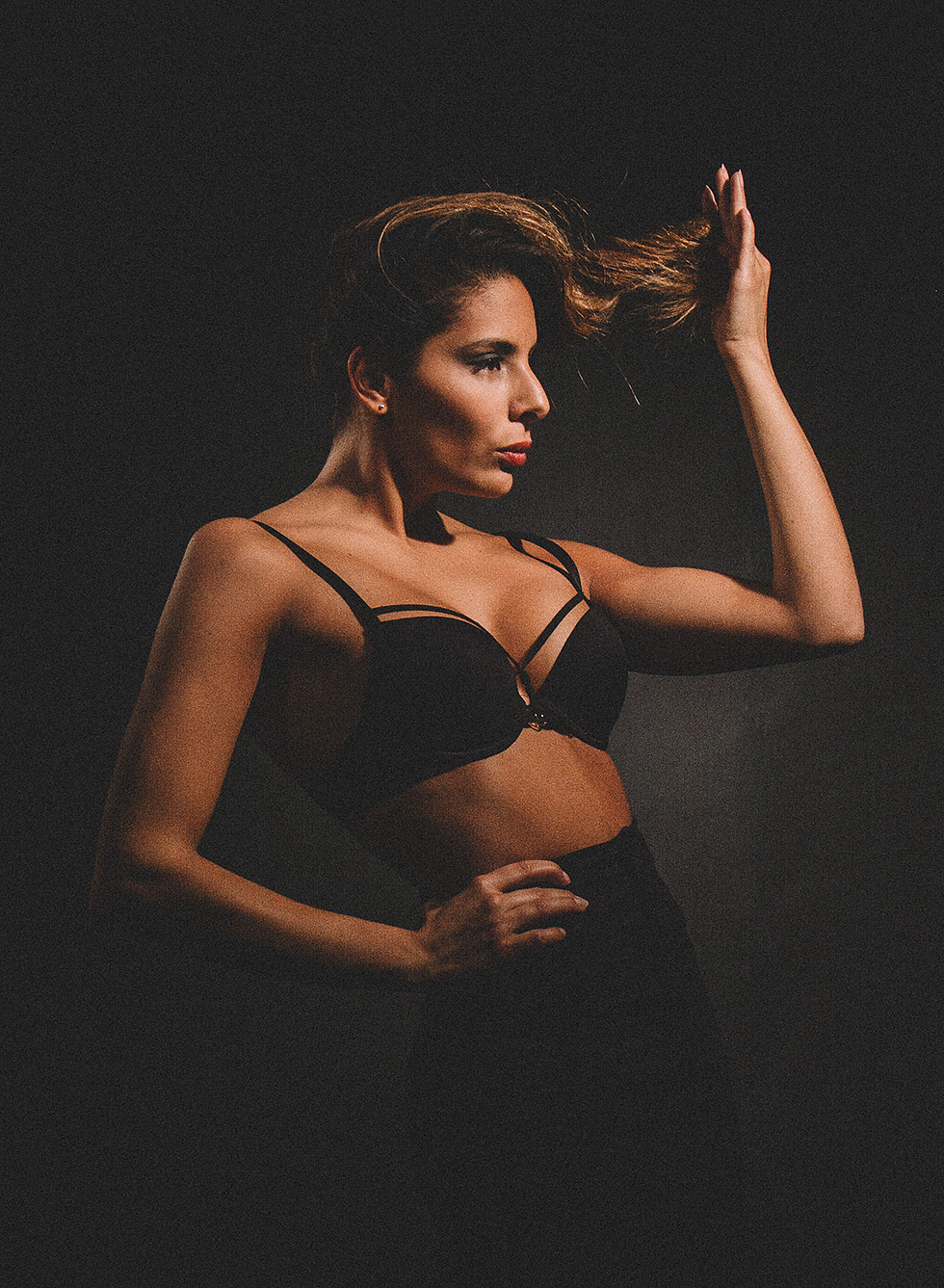 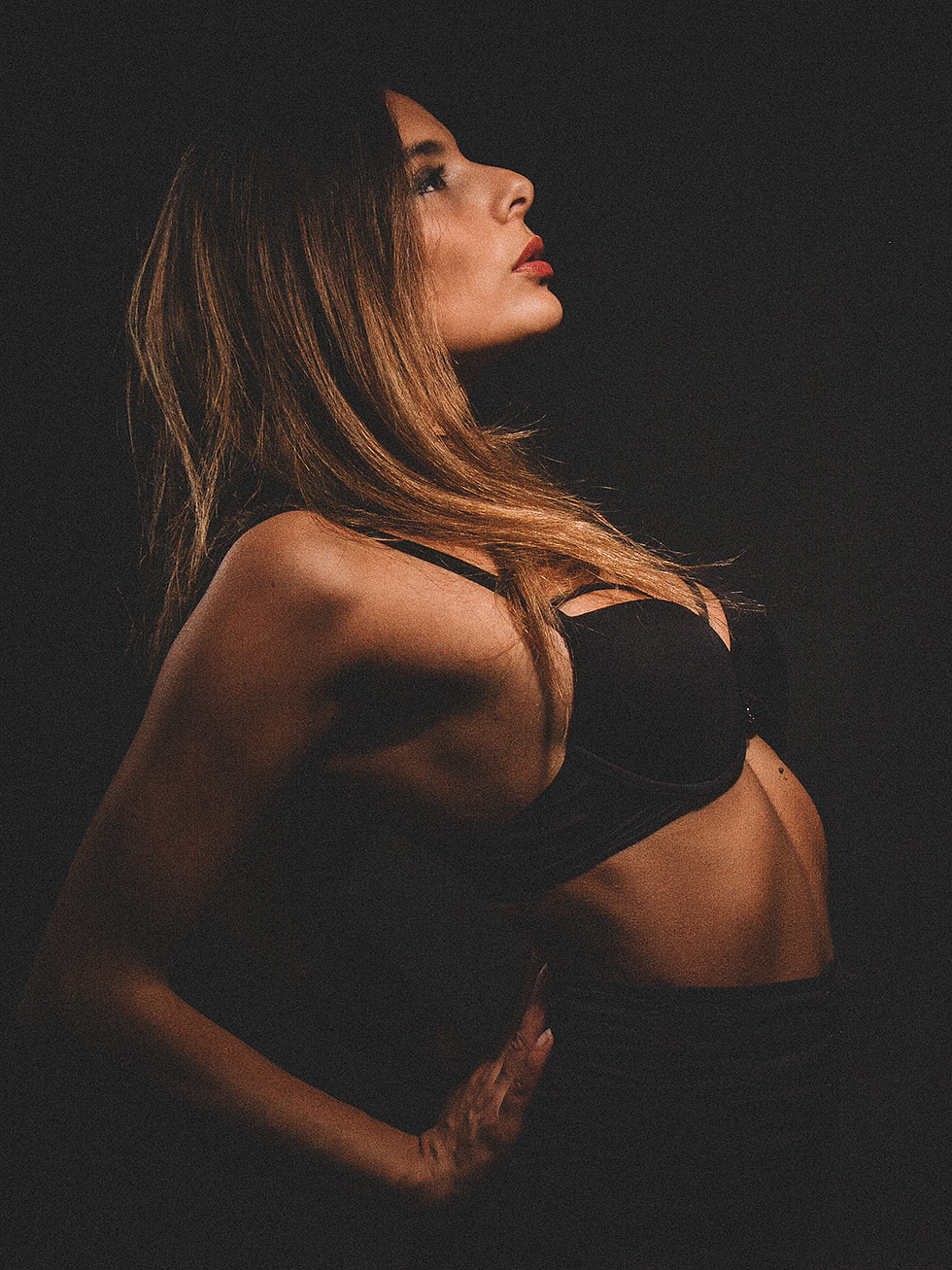